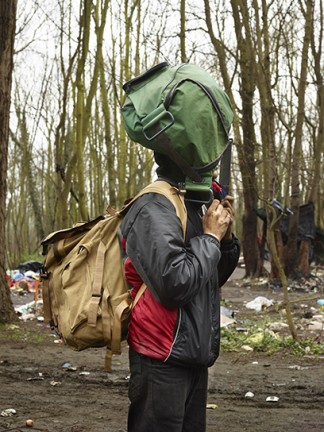 I was a regular visitor to the woodlands along Rue des Garennes, in Calais, from 2006 to 2010. In this period I photographed the shelters built here by illegal migrants. Locally known as the the Jungle, the place was a base camp from which they hoped to sneak across the Channel and into the UK. In 2009, the French police evicted an estimated 1,500 occupants from the woodland encampment. This action failed to stem the stream of arriving migrants, which continued however on a reduced scale. By summer 2014, the woods on Rue des Garennes were once again filling up with makeshift dwellings. The stream of refugees reaching Europe from early 2015 onwards visibly added to the growing Jungle population. 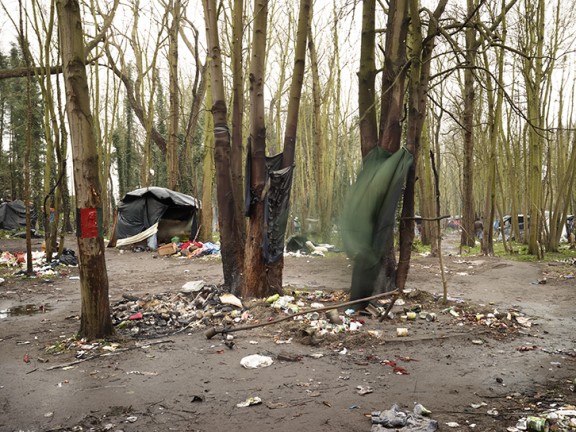 In March 2015, the inhabitants of the Jungle were forcibly evicted from their encampment in the woods. They were allocated a new site just outside the Calais ring road where their presence would be tolerated. Presumably this location was a strategic choice, for the police had a clear view over the camp and could close off the access roads whenever they saw fit. The inhabitants of the “old” Jungle felt that they had been corralled into a prison. 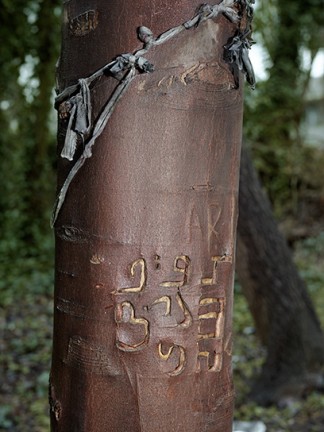 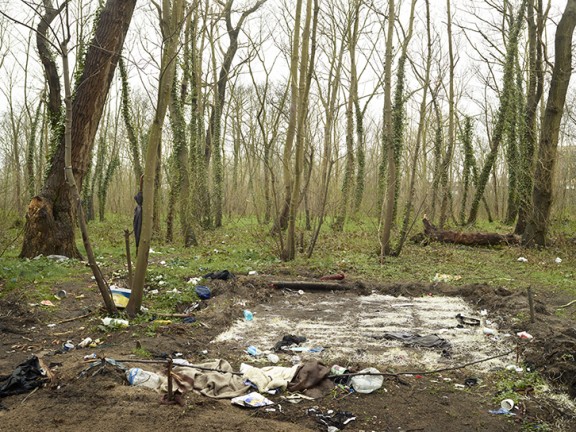 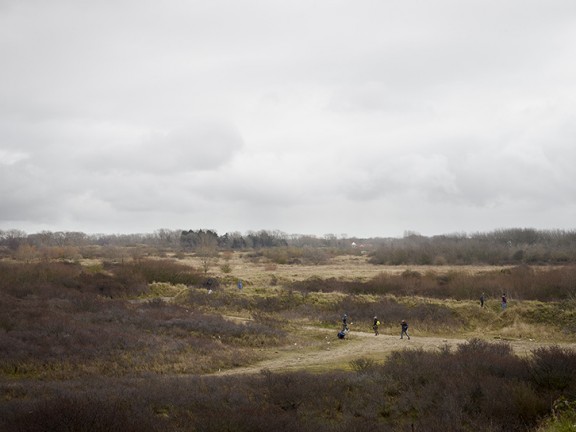 This is one of my first photos in the new camp in the dunes. I recognized these men. They ran a small shop in the old Jungle from which they had just been evicted. They immediately began building a new shop, the first in the new camp. I have no idea why they chose this particular spot. 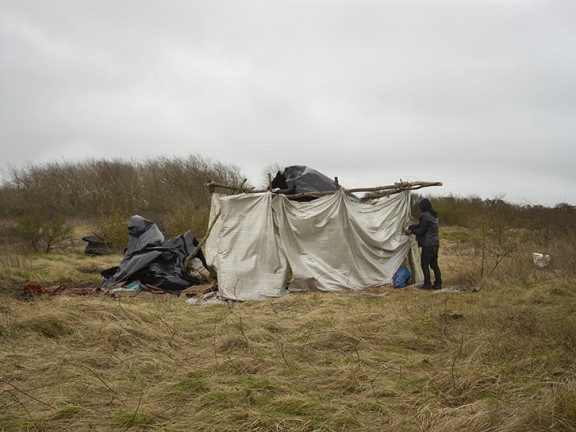 The camp began growing rapidly from June onwards. On each visit, it had changed so much that I barely recognized it. The embankment of the ring road offered a broad view of the camp. The police also kept an eye on the developing Jungle from this spot. 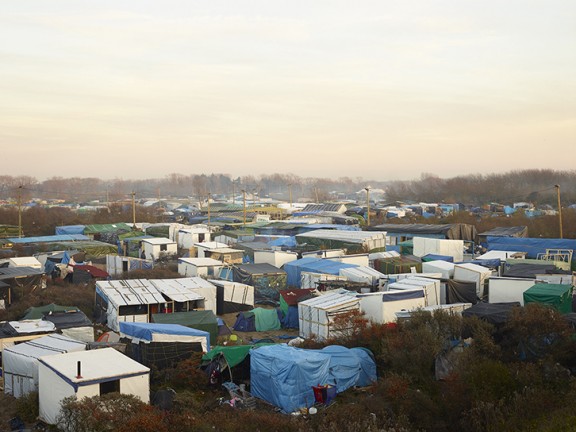 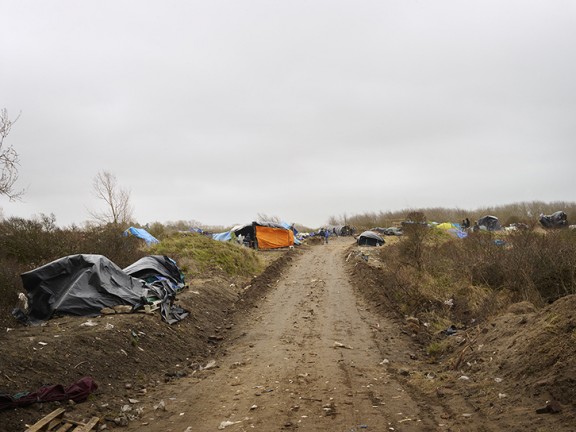 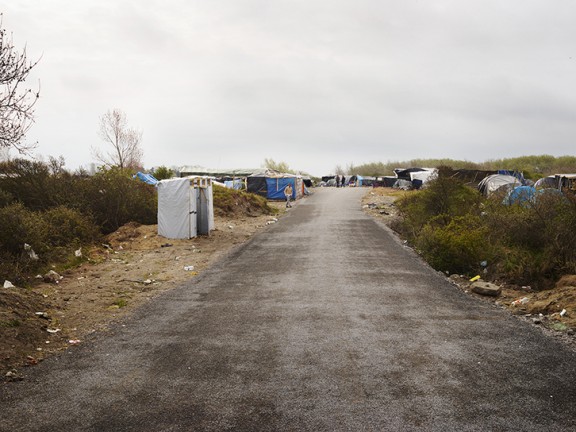 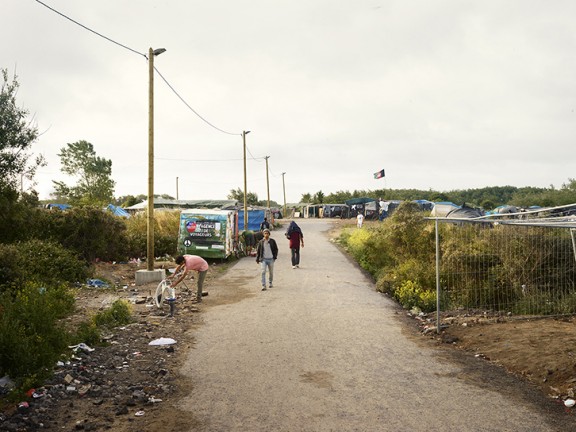 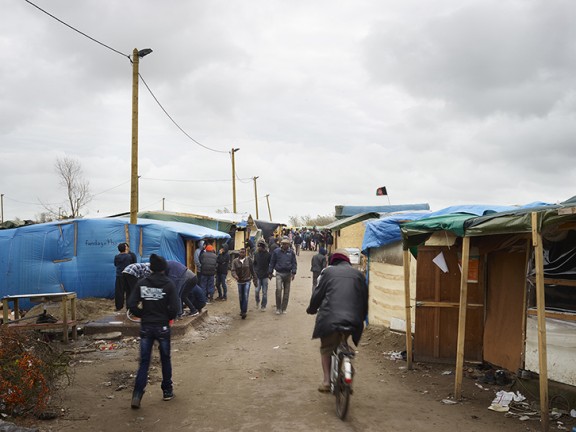 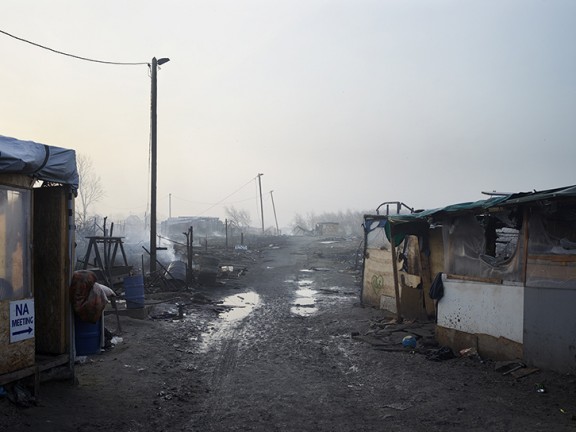 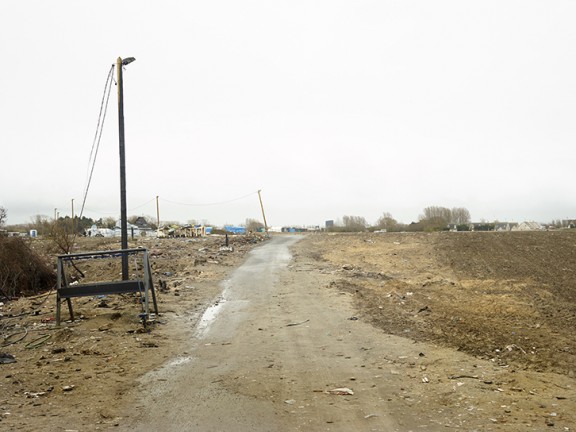 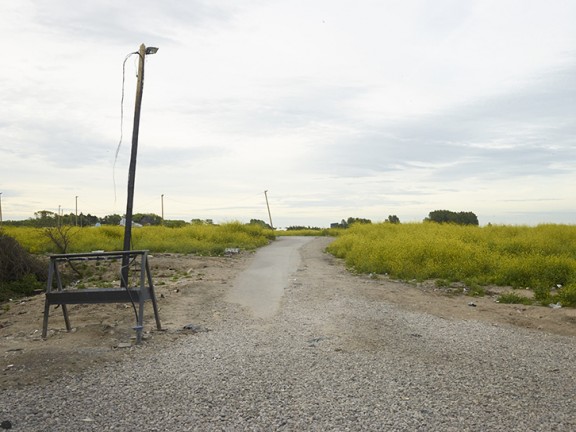 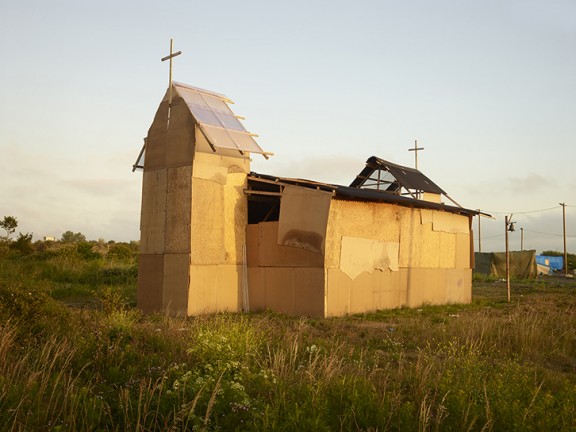 The Eritrean community had built a church in the very first month of the camp, in March 2015, but a month later the building was set alight by a fallen candle and burned down. The church bell was all that could be salvaged. Financial assistance from a Catholic church in Calais enabled them to start building a new church almost immediately. This striking building was located at the centre of the camp. On Sundays, the church services continued for hours. 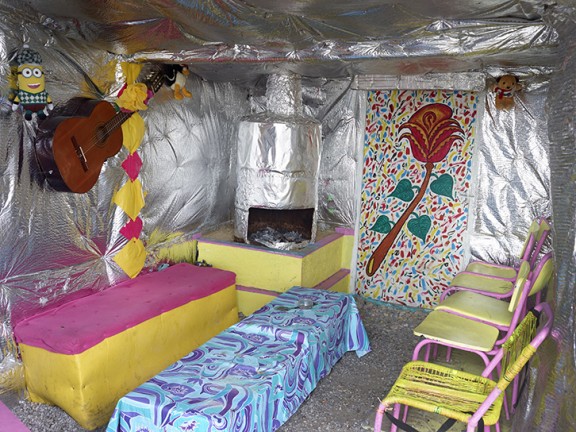 The hut of ABDULA, from Sudan, was a meeting place for his friends. I saw a fine little drawing hanging on the wall. It showed a detached house on a green hill with a tree next to it. Abdula told me he had drawn it himself, and that it was his dream. Abdula is an artist. 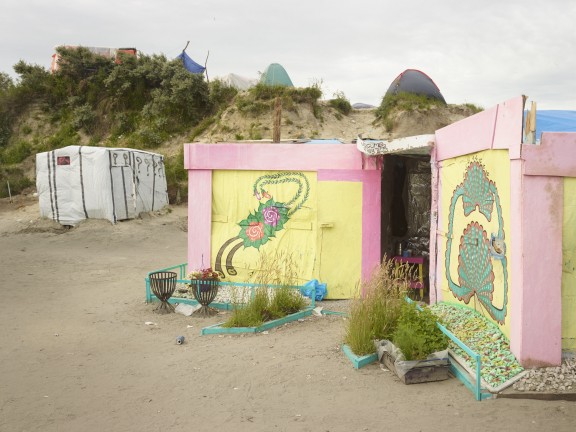 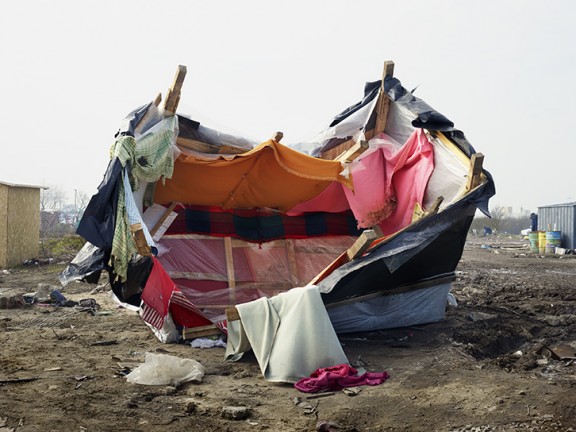 For more images and background story’s please contact me and i can send your the pdf of the book. Unfortunately the paper copy of the book is old out.